Other places to find me

Current Music: Blue by Marina and the Diamonds

So, recently inspired by 365 by Noah Scalin (yes borrowed digitally through my library even though I own a copy), I have decided to try my own version of 365 which I’m tagging 365creativeproject. I’ve posted it to both my twitter and instagram already, so I’m going try and avoid duplicating that.

My subject is cats and my medium of choice is going to be 2D art because I’ve been wanting to learn how to draw for some time and there’s no time like the present.

#365creativeproject My subject is #cats and I think I'll be focusing on 2D art as I'd really like to learn how to draw.

Yeesh, that neck is wonky and some of my proportions are seriously skewed, but that’s what this is about, right?

I won’t be posting these here everyday, but I’ll probably update with ones I really like or if it turns out well.

Here’s to a year of creativity!

P.S. I haven’t forgotten my New Year’s resolution about done!

So the glass half empty/full analogy is a bit harder to conceptualize as a passage of time, but I think I can make it work, because I mean it’s both right? 30 days hath September, April, June, and November and all that, so at day 15 April is half over, but those last 15 days are definitely still mine to use.

Obviously I took a break after NaKniCroMo, which broadly speaking I think I did fairly well, though I was pretty hit or miss on the posting every day thing. I liked the structure of it and I really liked having prompts to work off of. It’s a good deal easier to write something when you have a guideline to start out, nothing is more paralyzing than the sky’s the limit.

Currently I can’t say I’ve gotten much done this month, but there have been some developments. I’ve moved to a new work location that’s closer to where I live. I’m hoping to bike to work as soon as I get a bike. This is will be good for so many reasons among them I’ll finally be getting some desperately needed exercise. I’ve slipped back into old habits concerning spending and eating out, which aren’t great for my health, but I’ve resurrected the dot journal which I’m using to keep track of my spending. I can’t say I’ve curbed it, but at the end of the month I’ll be able to boggle at the staggering amount of money I WASTE.

In more fun news the roomie and I have arranged a family and friend’s get-together of Tea the day before Easter. We are quite creatively calling it Teaster. It’s going to be pot-luck style with roomie and I making sandwiches, tarts, and Bienenstich tea-cakes (those are too die for). I think we’ll be trying out a curried chicken sandwich recipe which will be fun. Other friends and family coming will also be contributing various sweets and savories. I’ll take pictures and let you know how the event works out.

To wrap this up I’m going to list out some personal goals for April: Finish the shower curtain, start a crochet bath mat, and cook at least 75% of my meals for the rest of the month.

I fell off the bandwagon again and I feel really bad about it. I even thought about not bothering to finish the posting series, but honestly I felt even worse about that. It might be the last day and I haven’t posted in about a week, but I’ll finish it damn it! END_OF_DOCUMENT_TOKEN_TO_BE_REPLACED

So I’m sick…again. And that doesn’t really excuse the days I’ve missed because I haven’t been sick for the past five days, just two, but still. Another round of catch-up and then we’ll see if I can actually stay on top of this damn challenge.

One of my favorite projects I’ve ever done and I’m very proud of is the broomstick lace mobius scarf I made for my roommate.

I loved working with that yarn, but for the life of me outside of the colorway named Soleil I can’t remember what company the yarn is from. It was a joy to work with though. I actually had a lot of fun making broomstick lace and would happily do it again.

The blanket is done!

#naknicromo2019 day 20: #wipwednesday The blanket is done! Well, mostly done, I still have a lot of ends to weave in and it could really do with a wash, I crocheted this thing everywhere.

Well, more or less done. The crocheting is done, now I just need to weave in the ends and give it a good wash because I dragged this thing EVERYWHERE. Note: I will not do that again with such a large project unless it’s the kind of thing that’s done is small pieces and then sewn up later.

#naknicromo2019 day 21: Project tracking… Uh, basically I don't if you haven't guessed by the mess in the picture.

Which as I’m sure you gather basically means I don’t. I’ve been known to abandon projects left and right when they get on my nerves or aren’t working out. Sometimes I’ll even forget I was doing a certain thing until I unearth it later.

As for keeping track of rows, most of my projects tend to be smaller so I can actually count the rows as I’m working to double-check where I am or they don’t require keeping track of that stuff. If however it is required I stitch mark the first row to remember and try to check off rows in the pattern as I do them.

#naknicromo2019 day 22 & 23: Biggest Project and Longest Lasting #wip are actually one and the same. This is a #tetris #blanket I've been "working" on for about 4 or 5 years.

Here it is, my largest project to date (as in literal size, it’s a big blanket) and my longest lasting WIP at the same time. As you can see by the description I’ve been working on this Tetris blanket for at least 4 years and it’s still in pieces. I will say that the only person waiting on it is me though, so there is that. As to is it worth it?  I don’t know, I suppose I can answer that when I actually finish it. XD

Ok, so I KNOW doing one post a day would be easier and less guilt inducing than constantly playing catch-up, but this is where I am in life and I’d rather good-faith complete the whole month, late or not. BUT I have decided that splitting my NaKniCoMo recaps into several rapid fire posts isn’t doing me good, mostly because I KEEP doing it, so from now on all catch-up posts will be in bulk. END_OF_DOCUMENT_TOKEN_TO_BE_REPLACED

Sorry I didn’t post yesterday, but I’ve hit a real stride with the blanket so I’m not going to lie, I’m mostly focusing on it right now, but I am in the home stretch.

This is the final entrelac row and after that I’m all about border and bind off. After that I’m washing it because it’s been dragged all over kingdom come and makes me kind of twitchy.

While I understand the appeal of acrylics these days I’m pretty much fully a fiber snob and use natural fibers almost exclusively. This is partially an environmental thing, but it’s also because most natural fibers feel nicer. I’ve had a lot of yarn that I like, but I want to highlight one in particular: Freia Fine Handpaints ombré Laceweight alpaca and silk.

Here are two examples of the colorways and there are many more. It works up beautifully, especially for shawls and stuff, here’s one I made for my mother.

I will totally admit that ripping it back can be a real pain and make you want to cry, but in general working with it is an absolute joy.

Things to do between projects or after really large ones… Honestly usually I take a break from crochet for a while. A few years ago I made a baby blanket under a really tight deadline for a good friend (who was paying me) and I actually developed a bit of an ache in my hand from the intense amounts of crochet I was doing. After I finished it I decided to take a break from crochet so I didn’t injure myself.

It’s important to remember to take breaks as much as possible while crocheting and since I can’t post a picture of doing nothing I’ll add some directions for a few really great hand stretches. Credit for this adorable animation goes to We Are Knitters Blog.

I have two nuisances/sweet babies that keep me company when I’m crafting. Three if you count my roommate, which I do because she’s a good craft companion.

These two trouble-makers (Tacheton left, and Seuss right) have been the recipient of a lot of my projects and half done projects. I can’t tell you the number of test heads/pieces I’ve made that didn’t go anywhere that weren’t worth the effort of ripping back. Now they bounce around the house as the cats play with them, but they do make for good cat toys. 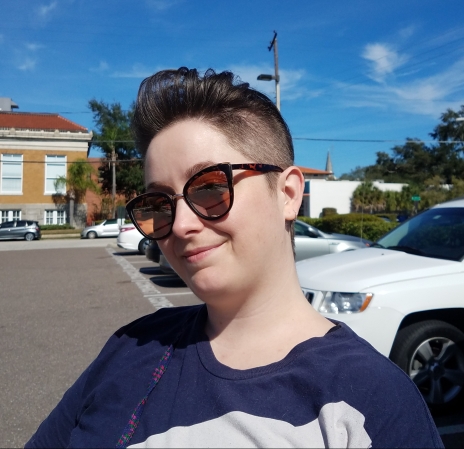 This is the other trouble-maker around the house and also a recipient of my work, though she only gets nice finished pieces. My current blanket WIP is for her actually, though the cats would argue otherwise. They LOVE the blanket I’m working on and keep trying to get in my lap while I working on it. Sadly I don’t have any pictures of that.

Where do I get my inspiration… Well, my original impetus to even start was the gift of a pink octopus amigurumi that my sister made me one year for Christmas. I was so utterly charmed by Pink Octo of DOOM! That I KNEW I needed to learn how to make these sweet creations for myself.

By far the vast majority of my projects have been amis (though I have been branching out into clothes) where I showcase my love of kawaii and irreverent cute. Big sources of inspo there include MurphyPop and her KawaiiNot series.

I’ve also looked through these two books for inspiration. 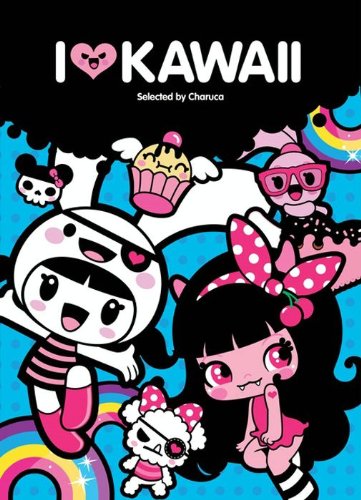 So since I needed to make both these posts and they’re theming is similar I decided to combine them. I won’t make a habit of this, I promise.

I don’t usually strictly listen to things while crocheting, but if I were going to start a podcast it would be Nightvale or The Adventure Zone, both podcasts I’ve been meaning to get into. I do also love music, though usually while driving. 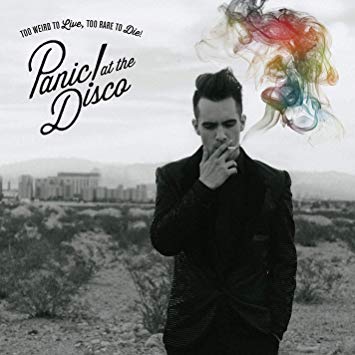 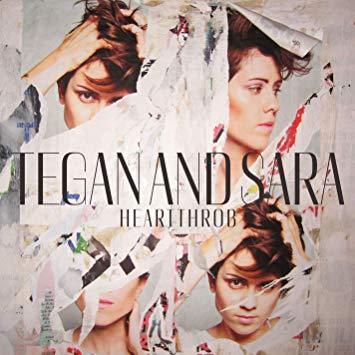 These are a few of my favorite artists that I currently have loaded on my phone to listen to. I would also happily listen to this while crocheting and maybe I should more often, but then I really should just crochet more often, am I right? 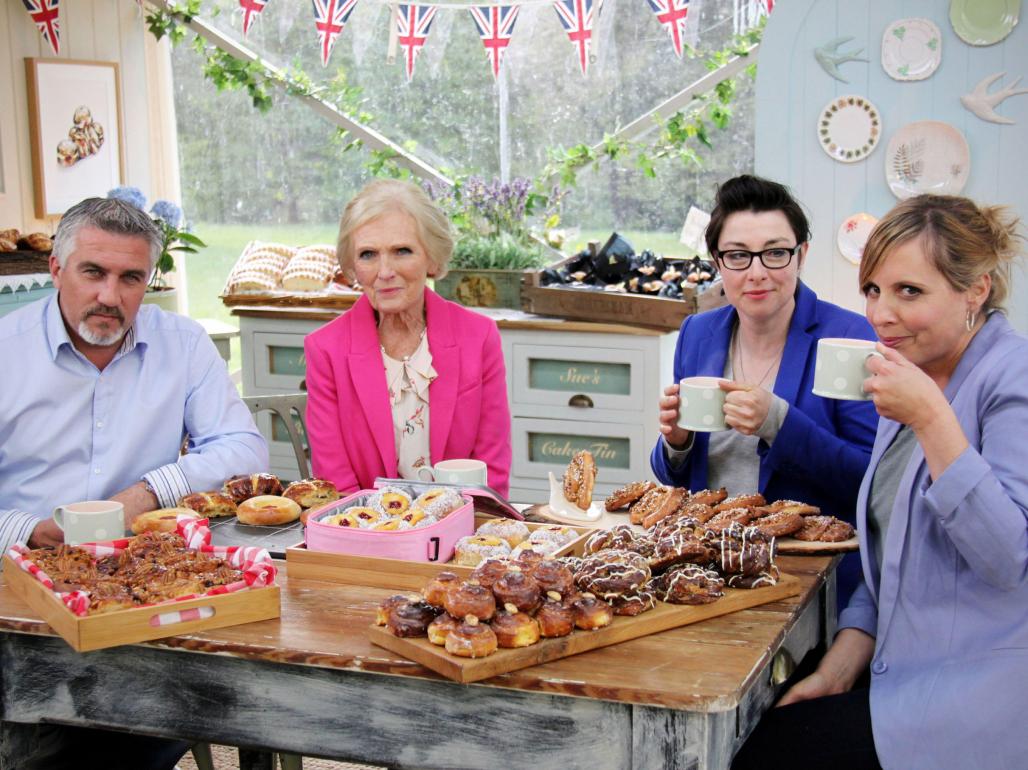 One of my favorite things to binge while crocheting is the Great British Bake Off, though I’m picky and I will only watch the original nonprofit run with Mel, Sue, and Britain’s National Treasure Ms. Mary Berry. I’ve watched it before so I don’t need to stress about missing something and it’s just so generally soothing and happy.

I also like to watch animated movies like Disney classics or my sister play video games while I crochet. Both are familiar and generally soothing.